First up, for those who follow me on facebook you saw the photos of my daughter who had surgery right before the holidays.  So, I thought I would give you all the details here today. My daughter was born with her middle finger and ring finger webbed together on her right hand.  She has had 2 surgeries over the years to separate and repair them. The first one was done when she was 18 months old.  They separated the 2 fingers and took a small piece of skin on the side of her hand for a skin graft to close up what they had to do.

The second time she was 4 years old.  This time they needed some more skin to repair her fingers to make them more flexible for her so that she could bend them better.  They took more skin from the top of her thigh.  After that, the doctor thought he was done. A year later, he looked at her after the fingers healed and felt he could make things worse if he went in another time. He felt the movement was as good as it could get and if he went in again, there was a chance she would not be able to bend her fingers at all (which would hinder typing). Typing is going to be an essential part of her life because of her learning disability. So, we were done and pray for the best.

This fall we took her back in because her fingers were very tight and retracted.  They were also starting to turn in toward each other.  This time she was older and larger, it had been 4 years since he had seen her.  Now, he said it looks like, at the grafted areas, the skin was not stretching with her fingers as she was growing. He felt very optimistic that he could make the fingers better and if he didn’t do something they would only get worse.  He planned on taking the skin graft he needed for this surgery from the hand he was working on. 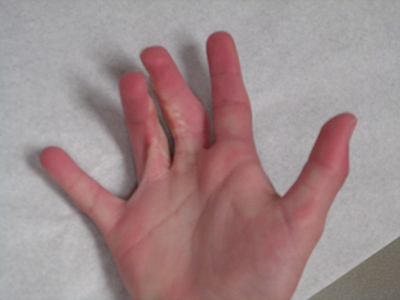 Picture of her hand before surgery

What the top of her hand looked like before surgery

Once the surgery was underway, the doctor said things were actually worse than he thought.  She had scar tissue on one finger that had grown just like a tendon.  He said he had seen this in adults but not in a child before. There was more work than he had planned and he needed more skin than originally planned, so he opted to take skin from the bicep area of the same arm he was working on.  He felt this would be an area that a scar would be less visible and there would already be pain in that arm so she wouldn’t have pain in more places. He also had to add a pin to the upper joint in one finger to try and turn it back so the fingernail is facing up.

While our daughter was out for hand surgery we coordinated with cardiology to remove a loop recorder from her chest that was implanted 2 years ago. Some of you may recall when my daughter was hospitalized for passing out.  This resulted with us discovering her heart having issues and after trying to figure out what was wrong, the doctor told us the best option was to have a loop recorder implanted under her skin on her chest.  This way when she passed out, we would hold a thing over the recorder that looked like a computer mouse.  It would mark on the recorder when the episode happened.  Then we connect another device to a phone line which also had a cord with another computer mouse looking thing attached to it. We would hold it over the recorder and it would send the information to the doctor as to what was going on with my daughter’s heart when she passed out.

My daughter only passed out once while she had the recorder and they confirmed what they thought she had, vasovagal. Since my daughter was going in for surgery we wanted to kill two birds with one stone have have the recorder removed.  the doctors felt this was fine to do now.  So, we feel lucky we were able to get it done with her hand surgery.

My daughter is such a trooper.  She had a hard time the day after her surgery, but did pretty well the rest of the time.  She was able to go back to school after Christmas break a few days ago.  Her arm is covered with a tape cast until Jan 23.  After that we are hoping all will be well with those 2 little fingers (minimal scar tissue and skin graft alive). 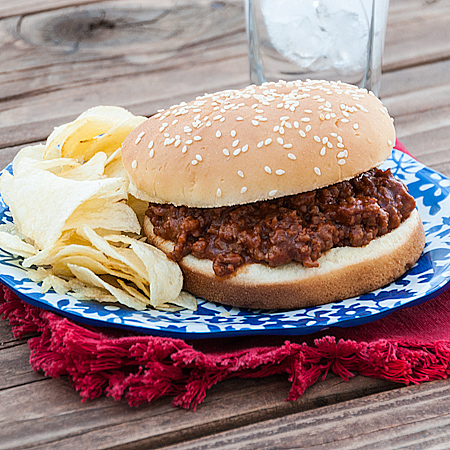 I am impressed by your food

Thanks for sharing your life story. It was very interesting and I learned a lot. I will keep your daughter in my prayers. I am enjoying your blog. The best to you and your family in 2013.

May God bless you and your family

I found your web site via a facebook link and now have you bookmarked. I hope your daughter heals with no complications and the surgeries will be a thing of the past. She is a very brave girl and cute as a button. I look forward to visiting often.

I’m so glad to hear that she is doing well! Hopefully this takes care of the issue and she won’t need any further surgeries. That’s got to be such a challenging experience for all of you. Good thoughts!

What a strong and brave little girl! I hope she heals quickly and won’t have any additional problems.

I’m touched by the story of your daughter’s surgery. I pray that she is doing well and that God will indeed heal her fingers and that she will not be hindered in any way.
Peace