Cinnamon rolls, like these quick cinnamon rolls, are a breakfast favorite at our home. All my kids have loved them from the time they were little and are always thrilled to wake up to them.

Now this version is called quick, which means quicker than a traditional recipe. However, it still takes about 2 hours, maybe less depending on how warm your kitchen is. If you want something quicker, I do have a recipe. However, the quicker version just isn’t as tasty as a version that takes some extra time. That triple rise just helps make a softer, fluffier dough. 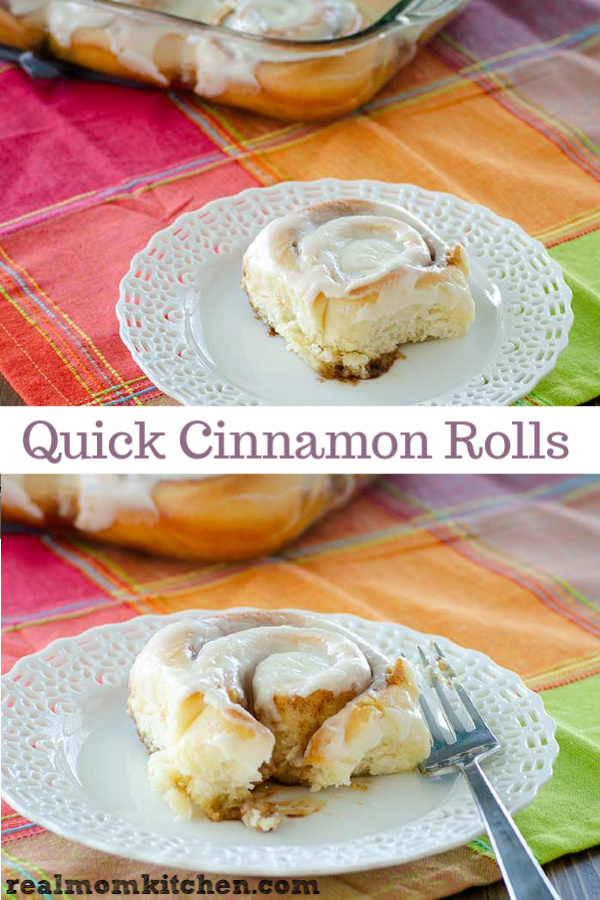