You can have a fantastic waffle but the way you top that waffle can make the difference from great and phenomenal. The cinnamon roll syrup recipe I have for you today will do just that.

I have a recipe already for cinnamon syrup and a way to make cinnamon roll waffles, but this syrup is still different from both of those and possibly my favorite now.

When I made this syrup for my family, they were all amazed at how the syrup tasted just like a cinnamon roll! This stuff is amazing and highly addictive. I could eat this stuff by the spoonful! 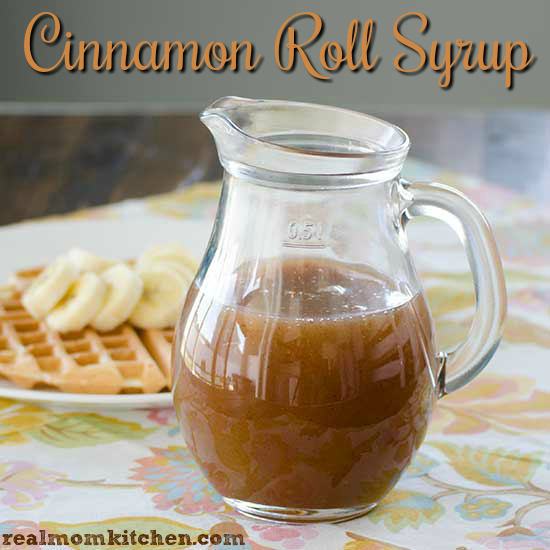 Recipe adapted from The Stay at Home Chef.

This is the most amazing syrup I’ve ever made!! So easy to make and helps you feel warm and cozy. Delicious!!