Scones are something I grew up on, that is the Utah version of scones. Unlike regular scones made with  a biscuit-like dough with butter, Utah scones are made with yeast dough and are fried just like these pumpkin scones. They are more similar to a New Orleans beignet.

The dough itself also incorporates pumpkin which adds to the flavor and color of the dough along with cinnamon. These Pumpkin Scones (Utah Version) are a great fall version of something I enjoyed as a child. 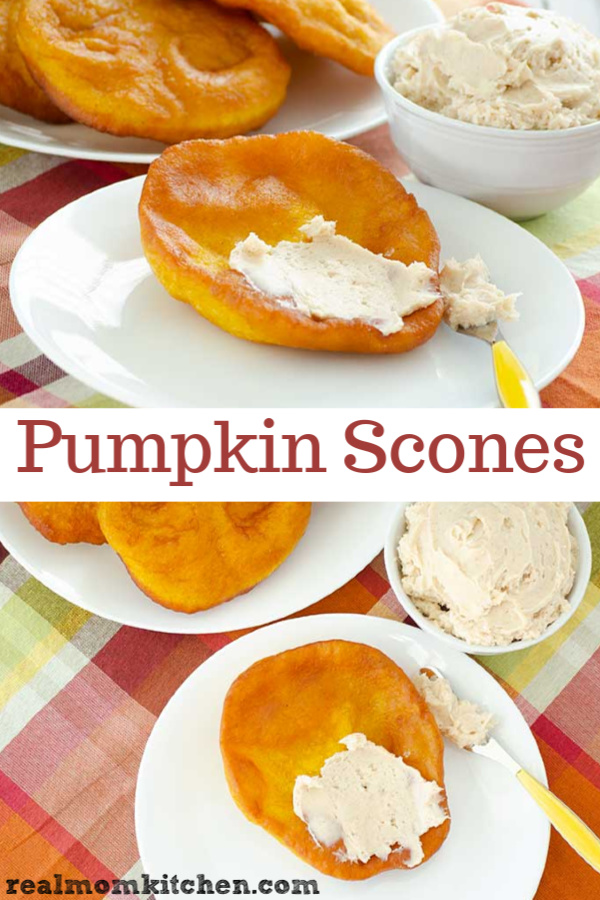 Recipe adapted from The Stay at Home Chef.