Pizza is usually a weekly occurrence at our house. It usually happens over the weekend. We make it at home or we get it from a local pizza place. Everyone loves pizza!

The only thing is not everyone always loves to have the same toppings. So sometimes it works great to have everyone make their own personal pizza the way they like it. I have made it before from scratch and we have also done the french bread, tortilla, and english muffin versions. However, now with boys that are 18 and 15, especially with one on the high school swim team, they need quite a few english muffin and tortilla pizzas to fill them up and they don’t LOVE the french bread version as much as I do. 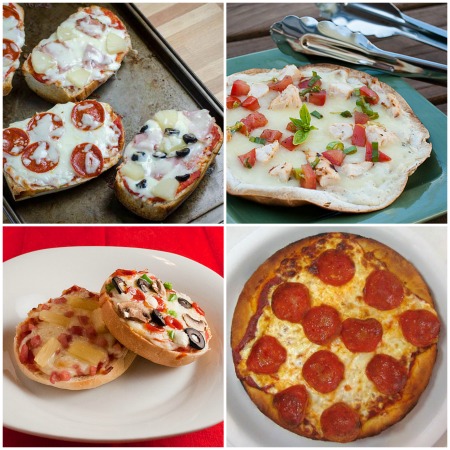 So, I came up with the idea of use pitas for the crust to make everyone’s personal pita pizzas a little more substantial. My favorite ones to buy are the Papa’s Pitas and I pick up the bulk version from Sam’s Club. I was think though that naan bread would also work just as well. Nann would just give you a crust that is a little chewier, which I would LOVE.

These pita pizzas work great for dinner with all the works or my boys can always make their own after school with a few topping items I keep in the fridge as a snack too. They would also would be a fun to serve up at your Super Bowl party. You could make several versions and have them out. They do take a little time to cook so if you want to do a build your own, I would recommend cutting the pitas in half and then they can make their and just put in another batch when the first is done. This way more people can be eating at the same time. 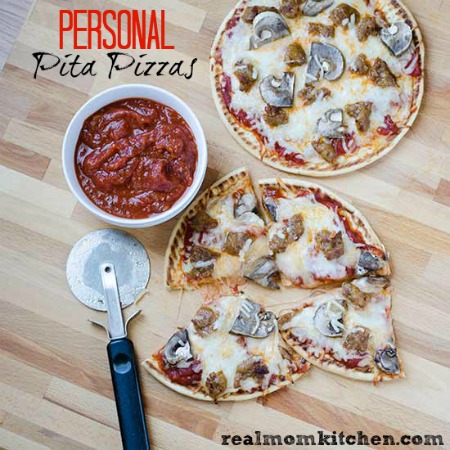