This weekend I hosted a Fallen in Love Bridal Shower for my future daughter-in-law. My oldest son will be marrying this amazing girl on Friday December 13 and I wanted to celebrate the two of them with a bridal shower.

The inspiration for the “Fallen in Love” theme came from their proposal. My son proposed to her in October at a pumpkin patch. The story he told her was a friend, who is a photographer, was trying to build her portfolio and was looking for some models. So they were going to be models for her and do some fall photographs at a local pumpkin patch. 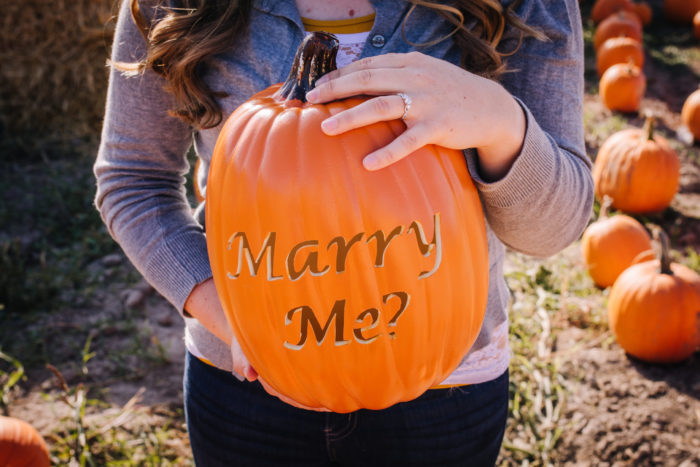 My son actual paid to have the photographer there to capture the proposal. The photos would also be utilized for their wedding invitations. He gave the photographer a craft pumpkin with “Marry Me” carved into it to provide at the right moment during their photo shoot.  First, she had them pose with the pumpkin being sure to let my son’s girlfriend not see what was carved into the pumpkin. Then my son said to his girlfriend that the pumpkin was cool and turned it for her to see the carving on it and then dropped to one knee. I must say the pictures were wonderful. If you are local and need a photographer. I highly recommend McKenzie McDonald Photography. This is the third time we have used her and she is awesome!

So, I decided to continue the fall theme into the shower. I used my Heidi Swapp Lightbox to display the theme. I wanted to make the room look like you were in the middle of falling leaves. My kitchen is white, which works well with whatever decor I want to use. I found a package of artificial fall leaves at Walmart for 99 cents. I used those to tape all over my cabinets just using Scotch magic tape. 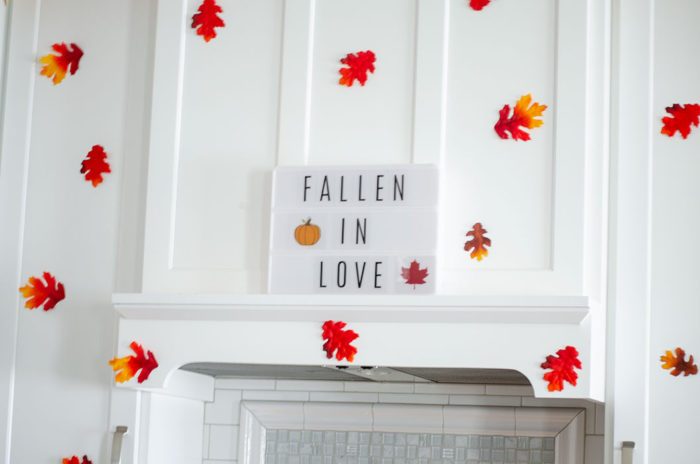 Also, I found some fall flowers on clearance at Walmart for $1 a bunch to use for the decor for the shower. They were placed in glass dessert cups I up-cycled from pre-made desserts cups we enjoyed a while ago that I purchased from Costco. I also hit the Dollar store where I found paper products and a plastic platter that went perfect with my theme. 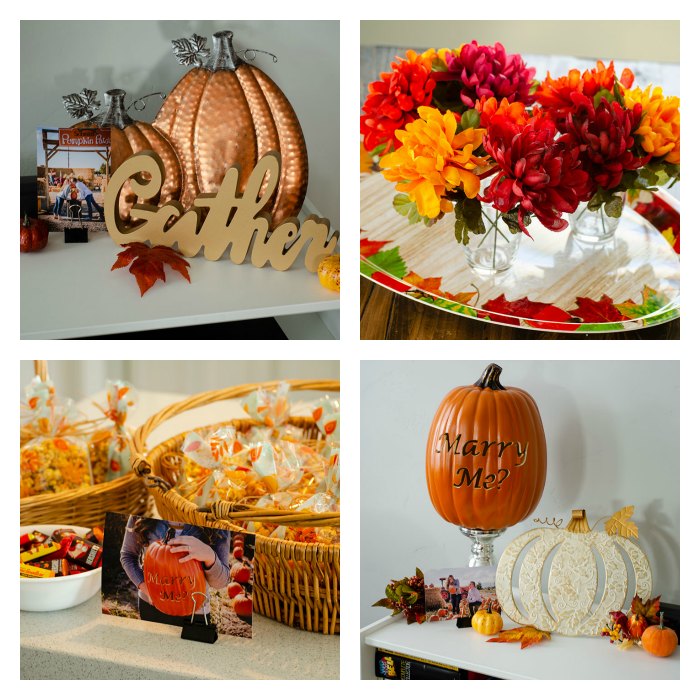 I used fall decorations that I already had and use for this time of year. The proposal pumpkin was also included. I printed out copies of the photos from their proposals and used those too. I displayed them using inexpensive binder clips as photo stands. 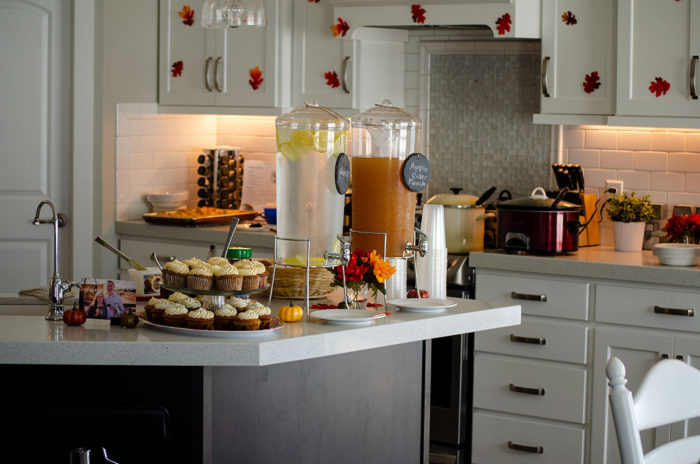 Now for the food! The luncheon that included rolls, soup, and cupcakes along with water and apple cider punch. The soup and rolls are recipes that I already have on the blog. My mom helped me out with making the food. Here are the links to the recipes.

I will share the other recipes throughout the rest of this week. They include:

Last we had little cellophane bags full of microwave caramel popcorn as favors that we gave our guests as they left. It was a wonderful shower for one wonderful couple!

How to Host a Summer Sandwich Bar