I originally published this post for Donnette’s Rolls back in September 2008. As I have been going through my archives to update pictures, I finally rolled around to this roll recipe. Man I wish I had come back to it sooner.

Since making these rolls, I have made many other roll recipes and have made a few of them my go-to recipe. Since coming back to this one, it is my new go-to roll recipe. These are wonderful and stay soft for days. I have made them several times since taking the photo to update dhte post. My family loves them and keeps asking for them.

They make great rolls for sliders too. I used some of these several days after making them. I sliced them, spread butter on them, and broiled them in the oven until golden brown and made turkey and cheese sliders with them. They were so delicious. Everything below here is what was my original post.

I am an absolute bread freak.

I love breads and rolls to no end. They say man cannot live on bread alone, but I think if I had to I could definitely do it.

I saw this recipe posted for Donnette’s Rolls a while ago by Cheryl on What’s Cookin’? Cheryl said it was the easiest roll recipe that she has come across. These were scrumptious. They were also done in about an hour. Anytime I can find a dough recipe that’s takes an hour start to finished, I’m thrilled. I think this will be my new” go to” roll recipe and I’ll save my more involved roll recipes for special occasions.

They only thing I would do differently is next time I’m gonna try to cook these at 375 degrees. I did two different pans. One was a dark non-stick pan and the other was my big aluminum pan. The first batch I cooked was on my dark non stick. I cooked the rolls for about 15 minutes because the tops were not brown at 12 minutes. However, after they were all done, the bottoms were actually too brown.

The next batch to go in the oven was my aluminum pan. At 12 minutes, the rolls were all round too brown. So next time I’ll try to cook them at 375 and l will cook them longer if needed. No one likes an over cooked roll, but these were still good even with that problem. 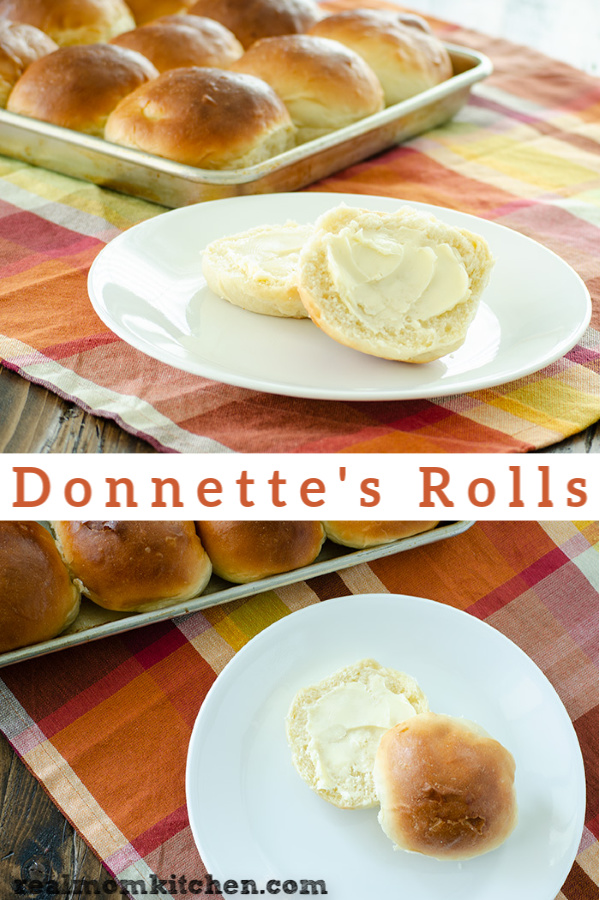 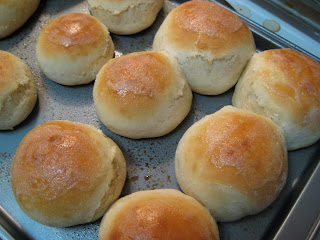 This is the original photo from this post when it was originally posted in September 2008.

Yum! I love your blog! Thank you!

I just found you through Live.Love.Eat. Your recipes sound wonderful and I can’t wait to make the Apple Upside Down Cake! Thanks for the great recipes.

I’m with you on the breads for all meals. I love to dip my breads. These rolls look great! Thanks for sharing!

I, too, can live on bread. YUM! I posted that Ranch Potato Casserole today. Can’t wait to make it again.