One of my favorite things to eat for breakfast is waffles. So when I saw a recipe for cream waffles using only 4 ingredients and with one of those ingredients being cream, I had to give them a try! And the results were delicious.

Now even though this recipe uses just 4 ingredients, it does require to to separate the eggs and beat the whites. It isn’t just a dump and go recipe. However, for the limited number of ingredients used,  it’s worth it. I do think that next time, I will add a splash of vanilla and make it a 5 ingredient waffle. 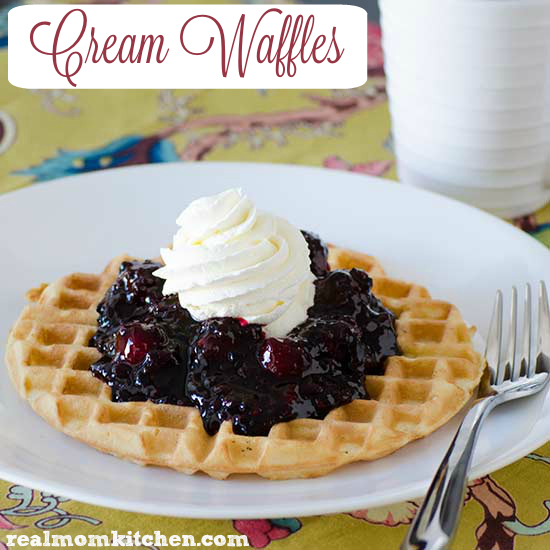