I can’t believe my favorite holiday is just around the corner! This year, to help you out with Thanksgiving, I am having a pie week and started off with a coconut fudge pie.

I don’t know about you, but it is always easier to change up a pie as part of the Thanksgiving meal. Usually with the meal itself, consists of a lot of recipes that are traditional. Your guests expect those favorite traditional recipes so it’s hard to mix things up.

So to start off the week, I have a recipe that combine chocolate pie and coconut pie into one pie. You can buy the crust from the store or use my favorite pie crust recipe. Either way it will be great.

Next you make a creamy coconut nut layer that includes shredded coconut and coconut flavoring. This is followed by a chocolaty fudge layer made from a box instant pudding.

The pie gets finished off with Cool Whip and toasted coconut! This is perfect for those who can’t decide between chocolate and coconut pie. 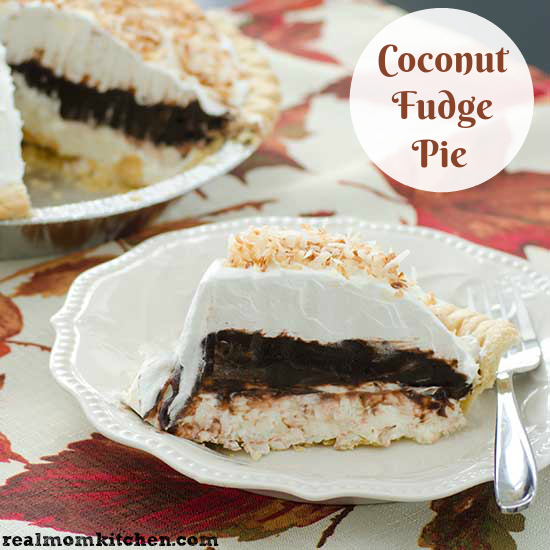 Recipe adapted from Inside Brucrew Life.