The snow continued yesterday here in the Utah Valley until late last night. My son had to head out about 8 pm last night to snow blow with hopes it wouldn’t have to be done early in the morning. I think we ended up with 12-15 inches total.

So the snow had me thinking about what to post today and I immediately thought of this tasty Instant Pot Clam Chowder that is now one of my favorite Instant Pot recipes. We have made it several times. The first time we had it, my son actually made it. He was wanting to make clam chowder and I said “Oooooh, list figure out a way to make it in the Instant Pot“.

This version is very similar to our standard clam chowder I make but with the addition of bacon. My son was all on board when I told him this. This is tasty and simple. I make it in my 6 qt Instant pot, but if you have an 8 qt you can actually fit double this recipe in it. I borrowed one from a friend and it worked great! 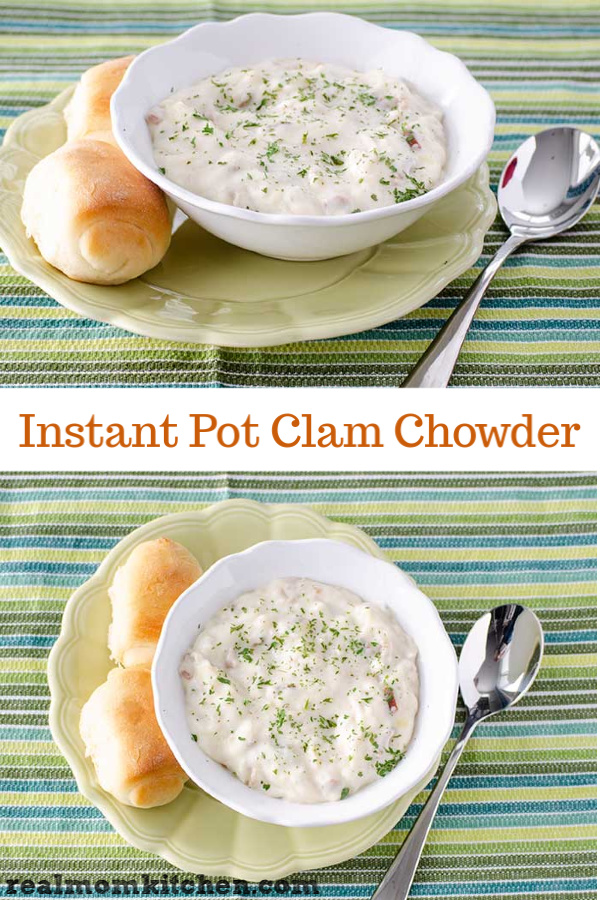