In just a couple of weeks, it will be Father’s day. So, for this week I decided to share recipes that would be perfect for day to wake up to on that Sunday.  First up is french toast sticks.

After they are cooked, you can eat them just like that dipped in syrup. Or you can coat them in cinnamon sugar. If you do the cinnamon sugar coating you can forgo the syrup. There is plenty of sweetness there. However, my husband likes to have the cinnamon sugar on them and then still dip them in syrup. He definitely has a sweet tooth. 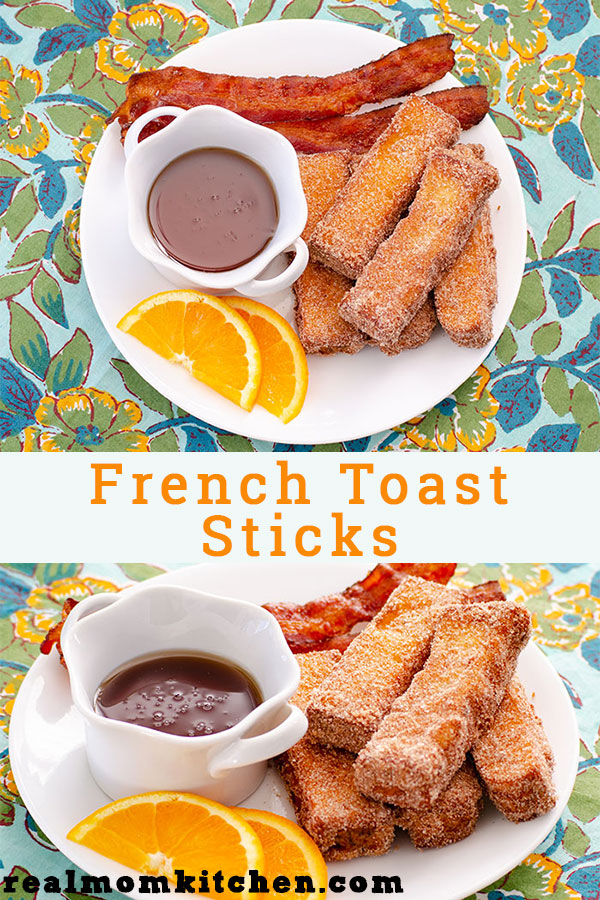 This recipe is adapted from Our Best Bites Cookbook.