This is a new recipe I got from one of my new favorite blogs, What’s Cookin?. I have made similar recipes to this before, but after making this recipe, I don’t think I’ll use any other recipe.
I love recipes like this, where you can make breakfast at night and it’s already to throw in the over when you wake up. This also takes 30 minutes to cook, so you don’t have to wait too long for this to be done.
This definitely is a french toast version of creme brulee. The french toast base has a nice custard taste to it and it’s all topped of with a sweet and sugary caramel top. I think the french toast could stand only with out any syrup, but the recipe did come with a syrup to serve this with. I did make it in order to try it out. If you do make this syrup, I would suggest you make it at least before you even put the french toast in the oven.
So, if you are having this french toast in the am, I would make the syrup the night before. The reason I would do this is because after you at the baking soda to the syrup it gets foamy and stays they way for a while. You want to wait and serve it after the foam is gone and you have a yummy, buttery syrup.
When we had the french toast, we just used a little of the syrup to dip the underside of the french toast in, the side with out the caramely (my own word) goodness on it. It did add a good buttery flavor to the french toast, but you only needed a little of it. I had a lot of left over syrup that I am going to try on other things like waffles and pancakes. I think the syrup would be really good on good old regular french toast. So that’s to Wendy at What’s Cookin? for this delicious recipe that’s now in my tried and true file. 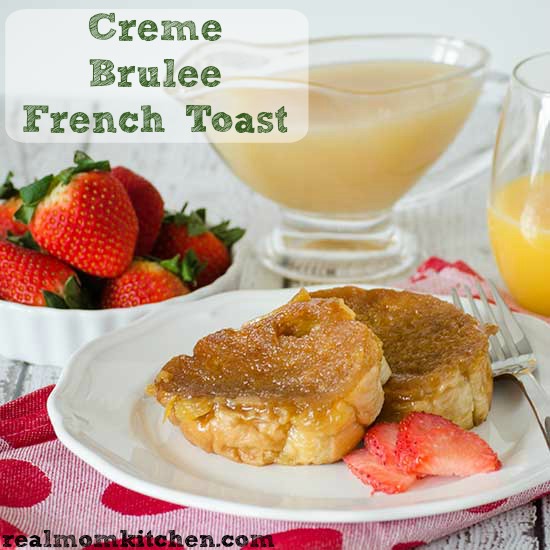 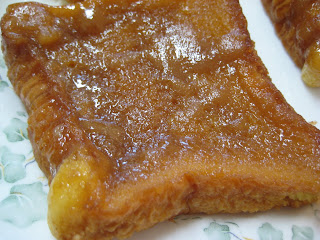 This is the original picture for this post. The above picture was updated in February 2015.
2 comments
0
FacebookTwitterPinterestEmail

We’d love to have you post on What’s Cookin? if you are up for it, we could all use some new recipe’s that are tried and true. If you are interested send me your e-mail address. Mine is [email protected].