I can’t believe it’s time for holiday recipes. Every year I have pile of recipes that I have been dying to make, but it has to be narrowed down. I have way more recipes than I have days to share with you.

At Christmas time, it’s time for recipes with special touches. They are more special than the typical recipes that you make the rest of the year.

For this week, I decide to focus on breakfast recipes, more specifically, waffle recipes. These waffles aren’t you everyday waffles. They are more decadent and have those special touches you would expect for this time of year.

This recipe for cinnamon roll waffles begins with an easy basic buttermilk waffle that’s nice and tender. However, the special touches are the toppings. A cinnamon topping and cream cheese glaze get drizzled all over the top of each waffle. This takes the flavors of a cinnamon roll and incorporate them into a waffle.

My family went nuts over these waffles. They said they tasted just like a cinnamon roll. My middles son, who is a cinnamon roll connoisseur, gave his approval, which means a lot. 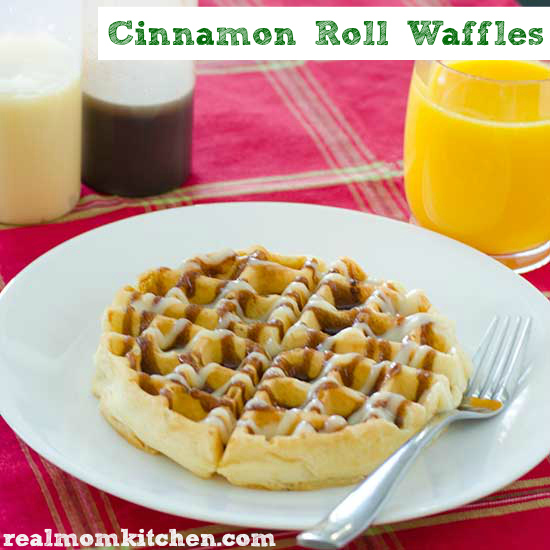 Recipe adapted from Life in a Lofthouse.

[…] have a recipe already for cinnamon syrup and a way to make cinnamon roll waffles, but this syrup is still different from both of those and possibly my favorite […]