This punch is one you serve chilled and is so deliciously refreshing. This apple cider gets spiced up with cinnamon and allspice. Sugar and orange juice are also added into the mix, but then the mixture is chilled. When ready to serve you add in some chilled ginger ale.

The light ginger flavor you get from the ginger ale is the perfect compliment to the spiced cider! Give this chilled spiced cider punch a try. I think you’ll enjoy this recipe all the way into the new year! 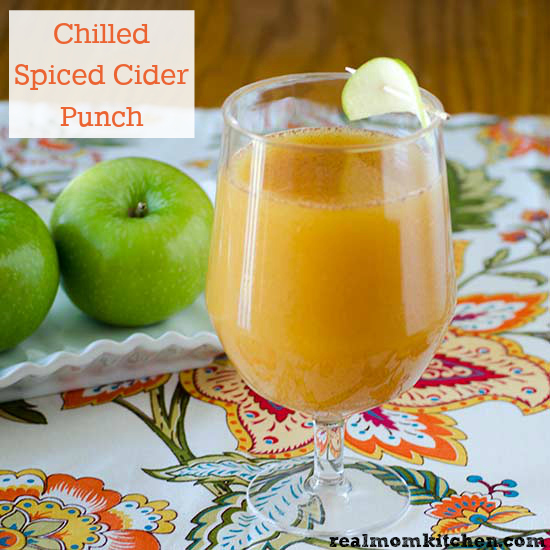