If you want a recipe to make for breakfast this weekend, this recipe for buttermilk waffles a good one. It may be a long weekend for some of you who get Monday off.  My kiddies will be out of school.

I found this recipe for Buttermilk Waffles from Down Right Delish. In her comments she said that these were better than from a box. I totally agree. My daughter and I loved them. My husband ate them but said he preferred the Tender Sour Cream Waffles that I make.

The texture of this waffle is different from the Tender Sour Cream ones. Those are dense and tender. This waffle recipe is light and fluffy. My oldest son said he didn’t like them at all and that they tasted too eggy. My other son ate 1/2 of a waffle, but didn’t say anything about them.

The waffles come out crisp, but mine didn’t stay crisp. I think if you place them on a cooling rack after removing them from the waffle maker may help to keep that crispness. I also made these in my professional Belgian waffle maker. So I made very large waffles. I did double the recipe and I think I ended up with 11 waffles. We did have leftovers.

I always put my leftover waffles back in the waffle maker to warm them up. Tomorrow I’ll share with you a yummy fruit topping for waffles that I love to make. I made it to put on these waffles and it turned out tasty. 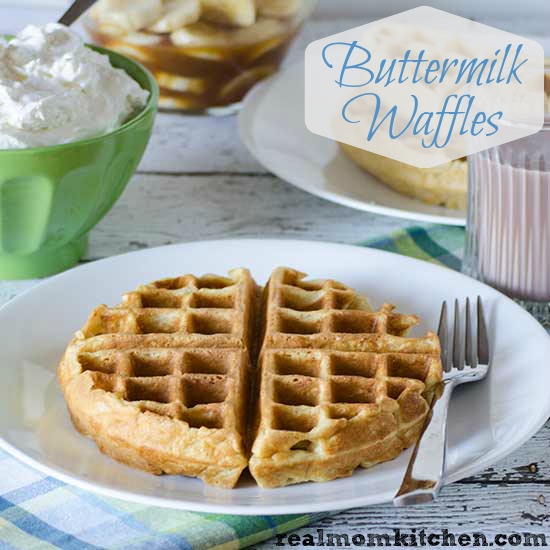 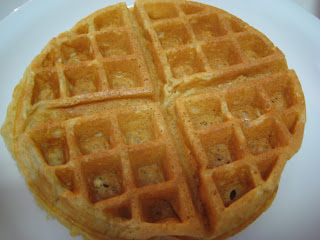 This is the original photo from this post. The above photo was updated in March 2015.
4 comments
0
FacebookTwitterPinterestEmail

I misplaced a waffle recipe that I used over twenty years ago when my children were toddlers. I tried numerous recipes, but there was always something missing. This recipe is the one that I will use for the next twenty years.

[…] have a great buttermilk waffle recipe but it does require you to separate the egg and white the whites.  This recipes is much easier […]

[…] that specific waffle mix.  It is too dry and dense for me.  Next time I’ll just use my own waffle recipe or if you have a favorite box mix that you like that would work […]