Apple cider give them a light apple flavor. Then there is some apple pie spice mixed in there too adding some nice warmth.

These are great to eat dusted with powdered sugar mixed with a little cinnamon. However, I added some of my instant pot apple pie filling on top too. It was AMAZING! You could up the level of the funnel cake by also adding on some whipped cream or a scoop of vanilla ice cream too! 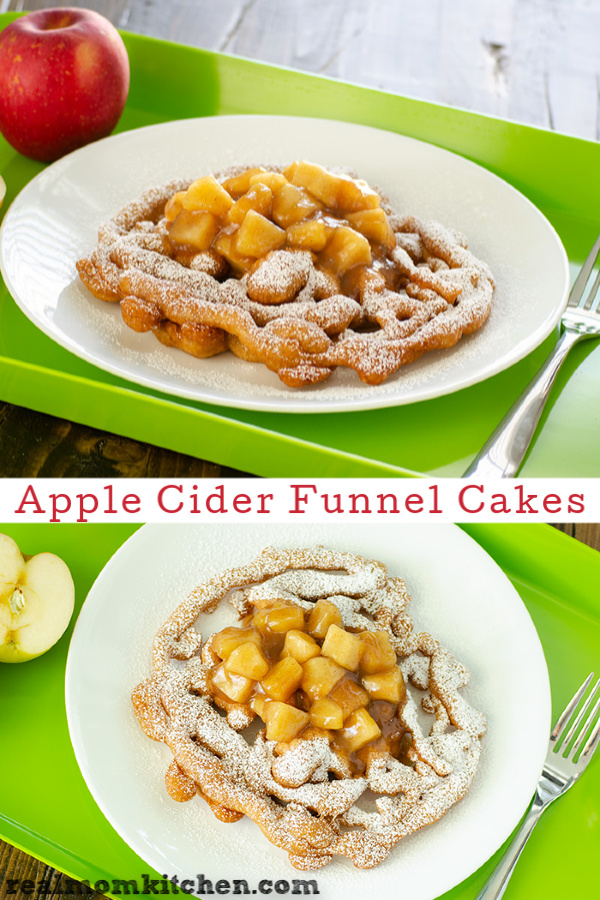