Lately, I have been using my slow cooker at least twice a week for meals. As a result, I have been testing and trying a lot of new recipes including this slow cooker beef and barley soup. Soups is one thing that is great to make in the slow cooker. It just so happens, without planning it, I have shared 3 soup recipes in a row this week. So I guess I have soup on the brain.

This soup is another nice and hearty one. It includes chunks of beef along with barley – a great grain that can make your meal more filling while also adding nutrition. Of course, there is some tasty veggies in it too. 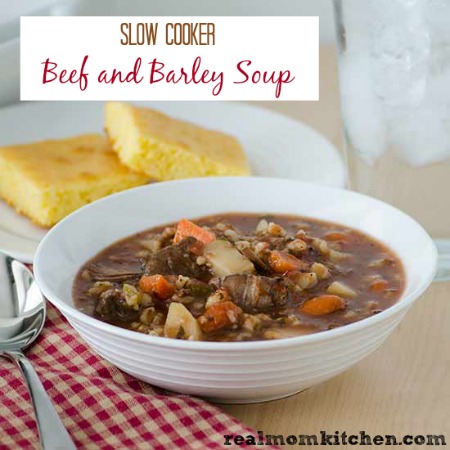 Recipe adapted from Your Home Based Mom.

I hope that tastes as good as it looks! I think I’ll be trying it this weekend.