You are gonna love today’s s’more recipe for mini s’mores trifles! It really is a whole new level of s’more goodness!

This takes all the elements of s’mores into a decadent layered trifle. I made mini ones, but you could always make one big one if you prefer. I used 6 oz mini trifle dishes, but just about any glass dish or cup will work.

This dessert is so rich and decadent! You’ll think you have died and gone to s’mores heaven! I only got rave reviews of these little layered desserts.

**Update** I entered this recipe in a dessert contest on a local TV show called Good Things Utah in April 2016. I was chosen as a finalist and prepared the recipe on the show. Follow the link provided for the video of the recipe. And guess what? I won the contest with this baby! 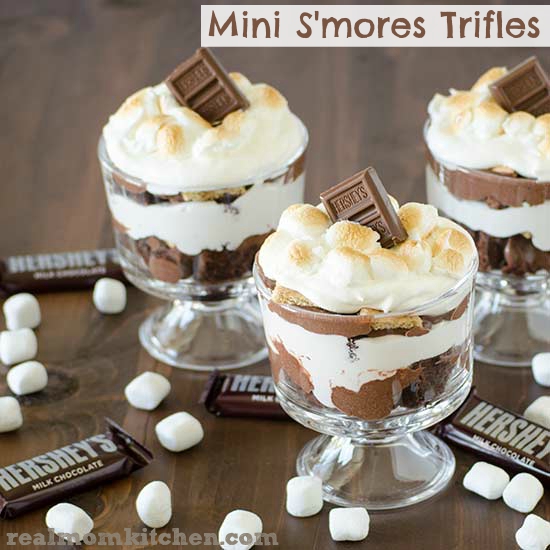 cool! I will be trying this for a person I know. their birthday party is coming up.

[…] Mini S’mores Trifles – These are easy and very decadent. They were a big hit when I made them. […]