It is S’more week again at RMK.  I really enjoyed doing it last year so I decided I needed to include it again this summer.  This time I planned it around National S’mores day which will be this Friday Aug the 10th!  We are beginning the week with these cute little mini s’mores pies.  Kids love the mini size and adults love that they are portion controlled.  You make everyone happy with these.

Now the recipe includes a little sweetened condensed milk drizzled over the top of the mashmallows.  This ingredient isn’t necessary but it helps achieve that nice toasted marshmallow look on top of the pies.  You can always turn the rest of the can of sweetened condensed milk into some dulce de leche if you are concerned about opening an entire can to make this recipe. 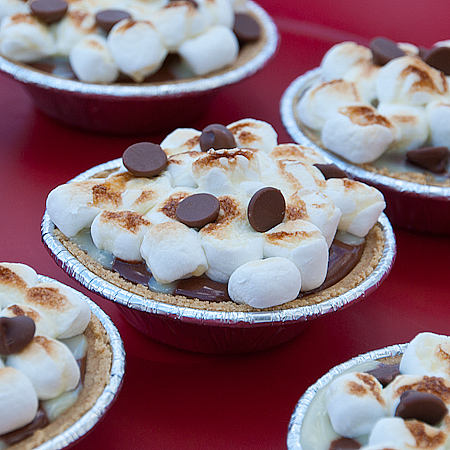 Kids in the Kitchen – Mom and Me Cookbook Review