Years ago, I had several recipes that I was hoping to get to before the holidays, but I wasn’t quite able to get to them. One was for Gingerbread Waffles with Lemon Whipped Cream. I found it on on Rookie-Cookie.

I have to admit, I knew if I made these I’d be pushing it to get the males in my house to eat these. My daughter and I love anything ginger. For some reason my husband and two boys don’t like baked goods with ginger in them. They can eat thinks like teriyaki chicken and bourbon chicken with no problem, but give them a ginger cookie and they’ll run the other way. I did get them to at least all give it a good taste for there mother.

I ended up making some lemon syrup to go with these also . They tried these waffles with the lemon syrup and regular syrup. Unfortunately, I couldn’t get them to eat them. So I finished cooking the gingerbread waffles while my husband whipped up some regular waffles from a box and the boys were content. As teime has gone on though, I have been able to get my husband to eat them again and he is now a fan.

My daughter and I devoured the gingerbread waffles. My girl went for regular syrup orinainally because she’s 5. She has under developed taste buds. She is still that way now.

I must say that the waffle with the lemon syrup and topped off the the lemon cream is fabulous. If you are looking for a crispy waffle, this isn’t it. It is dense yet tender. If you’ve made the recipe I have posted on here for tender sour cream waffles, these are very similar in texture to those.

This also made 16 (4 inch by 4 inch) Belgian waffles. So guess what me and my daughter are having this morning for breakfast, these leftover tasty waffles. YUMMY! Another bonus with making this recipe, it does require you to separate the eggs and beat the whites. Anytime I can find a tasty waffle recipe that I don’t have to do that is even better. 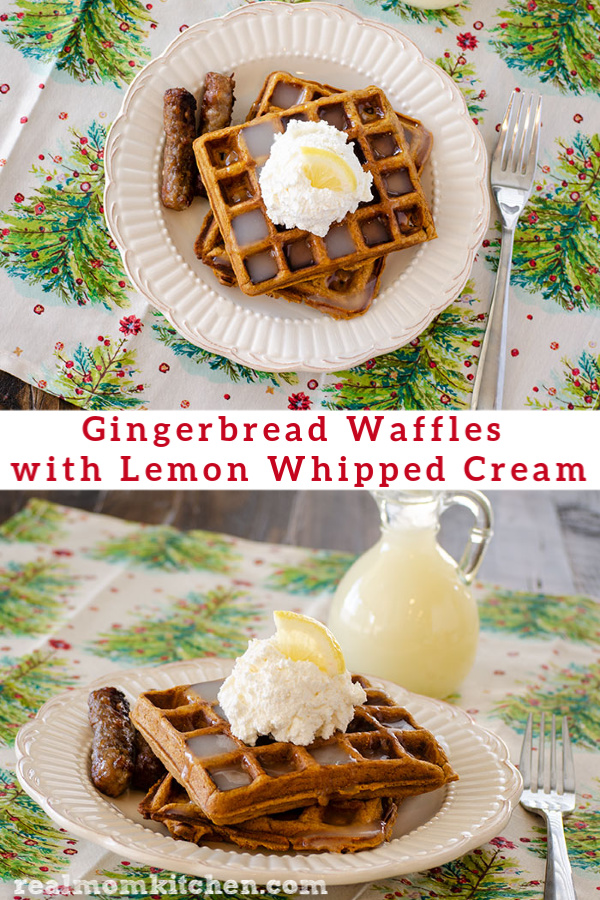 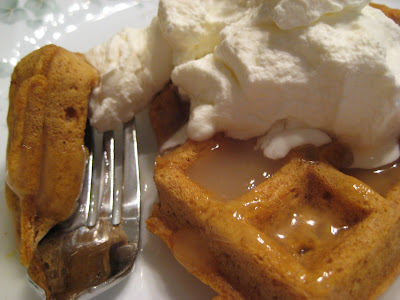 This is the photo from this post when it was originally posted in January 2009.

These sound so good, especially with the lemon cream! Can’t wait to try them!

That looks really yummy! I love recipes for flavored waffles or pancakes.