Today’s recipe is a breakfast one, but breakfast is also great for dinner. I adapted this recipe for country egg scramble from one that I saw on Priscilla Bakes. You need a good sized skillet to cook this in. Or you can scramble the eggs in a separate pan and then mix the potatoes and eggs together when you serve it. This recipe can feed 5 to 6. I just love a good scramble and this turned out fabulous!

Dad will love this hearty breafast skillet dish. You can use any cheese is this but I love the added flavor that pepperjack adds. I also have a variation of this recipe using sausage if you prefer that over bacon. 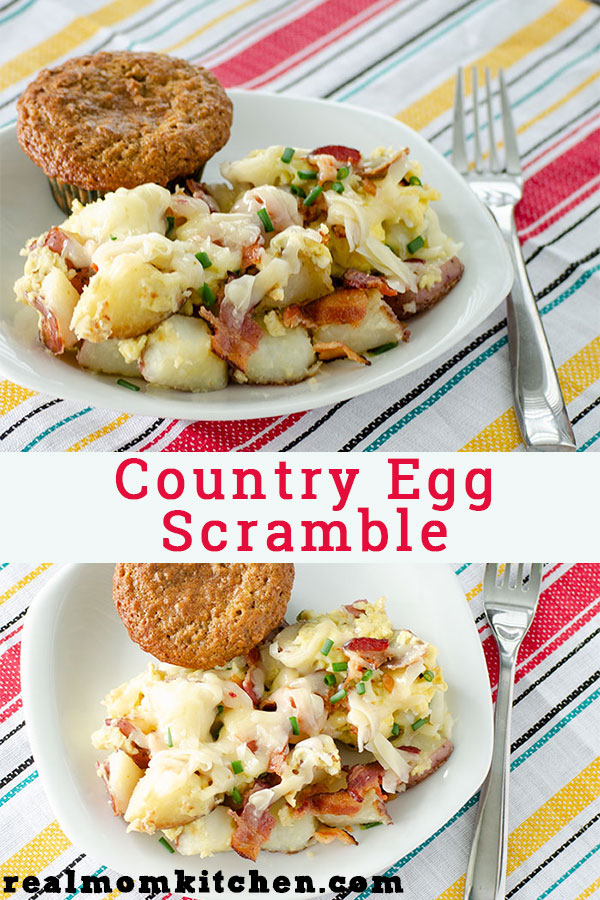 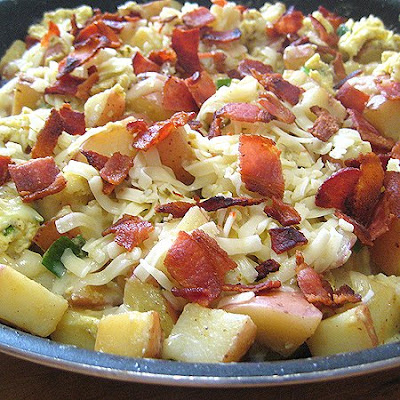 This is the original photo from this post when it was first published in June 2009.

Over the Top Brownies

Thanks…I just made this! Yum!

Thanks…I just made this! Yum!

I voted! I love your blog! Thanks for all your hard work!!

I voted! I love your blog! Thanks for all your hard work!!