Today is the last new recipe for my Gifts from the Kitchen week.  However, tomorrow I have a round up of other ideas from my archives.  There is a lot of good choices if you are still looking for one. We are finishing of the new recipes for this year with a simple granola recipe that includes those flavors you find at this time of year – molasses, cinnamon, ginger, allspice, and craberries.  It really is a Christmas granola!

I have also been running a giveaway a day so be sure to enter today’s giveaway! 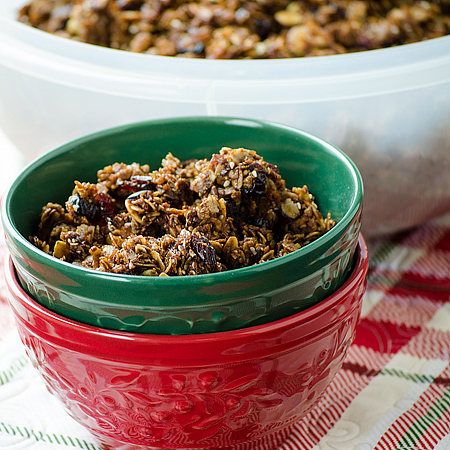 Recipe adapted from Food of Love.