Right now, time is really flying by for me. I can’t believe that it’s already going to be Father’s Day this Sunday!

Well, for this week, I have planned recipes that you can serve for Dad on Father’s Day. I decided to focus on breakfast recipes. I think it’s a good way to start off Father’s Day with a tasty breakfast.

We are starting off the week with a variation of a classic breakfast recipe – egg in a hole aka egg in a basket. This has the addition of  the ingredients of cheese and ham. Also, this baked ham and egg toast is baked in the oven instead of cooked in a skillet on the stovetop. This way you can cook 6 at a time instead of one or two. There is just something about eggs paired with crisp buttery toast. Then add in ham and cheese ad you have something amazing but still pretty simple. 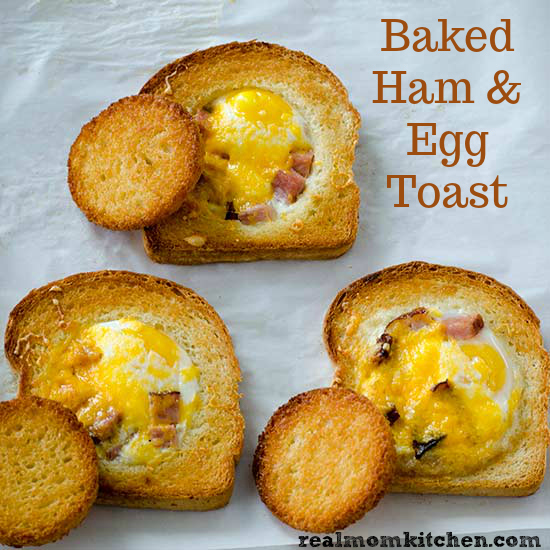