I have decided to start a new series of posts called What’s New – March 2014. This post will include new products that I have discovered and what I think of them. I hope to be able to include it on a monthly basis but we will see how things go. 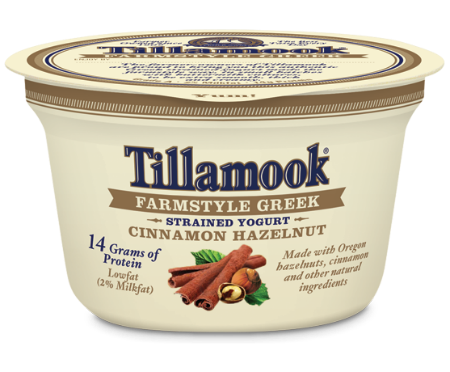 You can now get greek yogurt from Tillamook. I love their cheese and was thrilled to sample their greek yogurt. It was what I would expect from a greek yogurt – thick and creamy. The have large cartons of plain yogurt available in fat free or 2% . Then they have fun flavors in individual 5.3 oz cups. They have regular flavors like strawberry, blueberry, raspberry, and vanilla. However they also have cinnamon hazelnut, honey peach, and coffee house blend. I really enjoyed the cinnamon hazelnut. 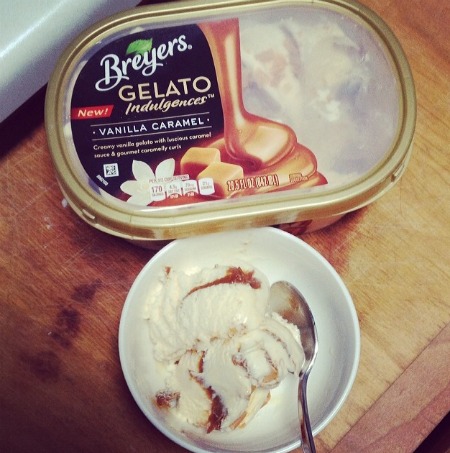 I love gelato and was excited to see that Breyers now makes some. Now, I loved this vanilla caramel! I plan on trying the raspberry cheesecake next! 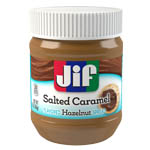 I have already tried Jif Hazelnut Spread before, but was so excited to see a salted caramel version added to the line. It is tasty and I see a lot of potential for this as an ingredient in some new recipes. 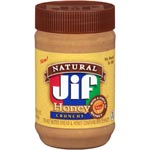 Jif has added a peanut butter with honey in it to their natural line. It comes in both crunchy and creamy. I tried out the crunch version and loved it. You can now have the flavor of honey on your PB sandwiches without the mess. I also love the idea of using it in recipes.

My family loves Pringles chips but I have never been a fan. I recently saw these new Pringles tortillas and picked some up to try. I really enjoyed them. There are available in original, nacho cheese, and southwestern ranch.

I really appreciate hearing your thoughts on new items in the grocery stores, too. I’m sure it’ll be a received well by your readers. It’s fun to try new things!

Ty love this, I’ve seen some of these items and v was wondering, now i may try them