So pie is the dessert of choice for my family’s Thanksgiving. When we have Thanksgiving with my husband’s side of the family everyone brings a pie for dessert. I recently came across a recipe for sugar cream pie. It said it was like creme brulee but with pie crust. One of my favorite desserts is creme brulee so I had to give this a try.

I must say I wasn’t disappointed at all! Obviously, you have the pie crust base. Then you have this creamy custard filling. Let me just say this filling is super rich and creamy. One regular slice of pie is actually too much when serving this pie because it is so rich. Think half a slice as a serving when dishing up this pie.

Then this pie is all covered in a crunchy coating of sugar, cinnamon, and butter! It makes a nice sweet crisp topping just like the sugary top of a creme brulee! 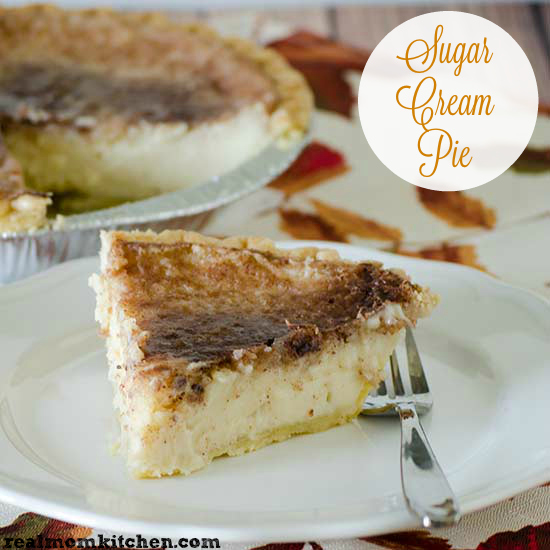 Recipe adapted from The Domestic Rebel.