I really love cheesesteak sandwiches. There is just something about that beef loaded on a soft rolls topped with peppers and onions then slathered in cheese. I do like the addition of mushrooms too! So I was curious how a version would work to make Slow Cooker Cheesesteak Sandwiches.

It is not quite the same but they are tasty and easy to make. The meat cooks in the slow cooker with onions and other seasonings. Then during the last hour you add an onion and pepper to the slow cooker. The meat and veggies are more juicy than the usual cheesesteak but it still works. 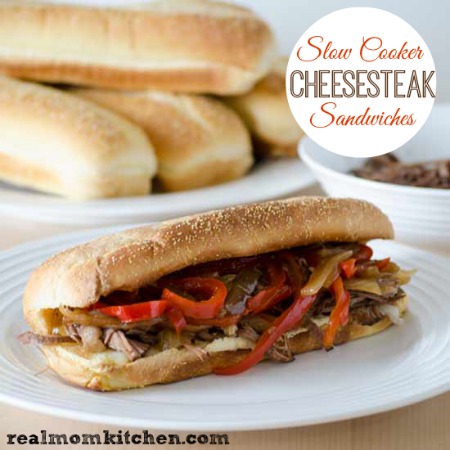