This winter in Utah, the weather has been unusually warm. The past few days it has been in the 60’s and we have been hitting record highs for February.

When I first decided to do this recipe for Skillet BBQ Pork Chops, I was thinking it would be a good way to enjoy BBQ during the winter months. While it may not matter right now for Utah, maybe you are in an area of the country that is actually having winter.

This takes less than 10 ingredients to make and is ready in under 30 minutes. You can even double up when you make this and freeze half for another night. Then just thaw in the fridge and warm for dinner.

This does make enough for 8 people so you can freeze half of this recipe if you don’t need that much, or it can easily be halved. 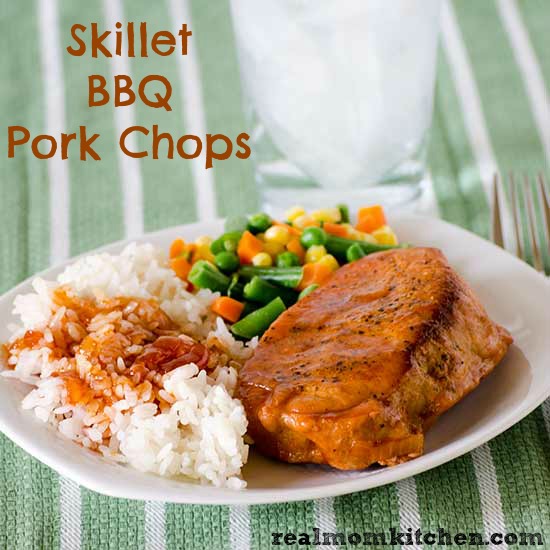 To freeze – After browning cops, place in a freezer container and cover with sauce mixture. Thaw partially in fridge overnight and heat in a skillet until fully warmed.

Recipe adapted from Taste of Home