I finally got around to making a recipe for Potato Pepper Jack Soup that was posted by Erin on The Sisters’ Cafe. I was looking forward to having a creamy potato soup with a little kick.

The first time I made this, I only used a green pepper. Green peppers were 59 cents and red peppers were $1.19. I just couldn’t spend double the price to get a red pepper. Plus, I knew my kids would be having a fit about the one green pepper being in there anyway.

I think if you wanted to make a holiday looking soup you could leave the carrots out and just use the red and green pepper. Then you’d have a creamy potato soup with specs of red and green. One thing I did do differently with this recipe was I boil the potatoes in the chicken broth. Erin’s recipe says to cook and drain the potatoes and then add the broth. Cooking to potatoes in the broth saved me a step.

I do think that next time I’ll up the broth to 3 cups and cook the carrots with the potatoes. When you cook the carrots with the peppers they turn out crisp and I prefer them more tender. My kids did whine about the pepper, so next time I’ll probably leave them out. The cheese still adds a nice flavor to the soup. It is also nice and thick and creamy. So yummy, thanks Erin! 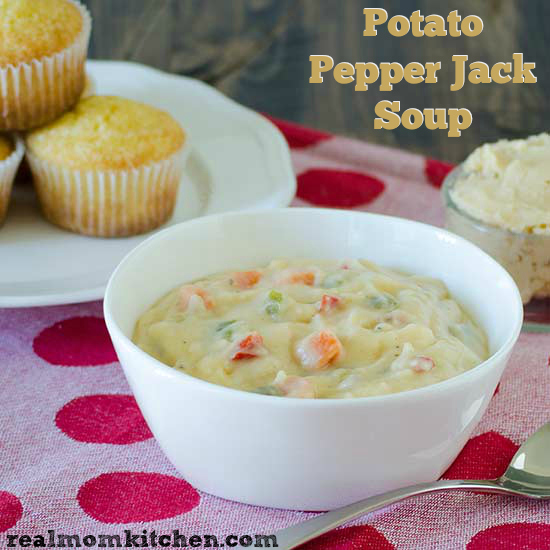 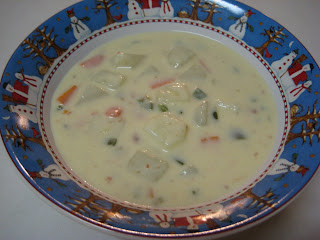 This is the original photo from this post. The above was updated in September 2016.

This soup was DELICIOUS! Thank You!!