Ever since I made the recipe for The Perfect Cake Mix Cupcake, I think I got the cupcake bug. I know that cupcakes are a trend right now and I’m starting to enjoy that trend. Cupcakes are fun and cute with built in portion control, that is if you can manage to eat only 1 or 2.

I recently checked out an old Southern Living magazine from the library, it was March of 2007. They had a few cupcake recipes in there and guess what? Tthey used a cake mix. I love the idea of using the cake mix and doctoring it up a little to make it even better.

I must tell you that this recipe for the Basic White Cupcake was fabulous. This is now going to be they only way I’ll make white cupcakes. I love that the recipe called for a little almond extract. You don’t really taste almond, it just helps add to the whole flavor of the cupcake.

I also topped the cupcake for their recipe for Coconut Buttercream.

The recipe calls for cream of coconut instead of milk. Now, I used coconut milk the first time I made these. Honestly, at the time I didn’t know if there is a difference between cream of coconut and coconut milk.  I now know there is a big difference between the 2. It did add a slight coconut flavor to the frosting, but I almost think if you want more of a coconut flavor you just just use regular milk and add a little coconut extract.

Southern Living topped their cupcakes with regular coconut. I did a few that way, but the rest I topped with toasted coconut. I love the flavor you get with the toasted coconut along with the crunch. Plus I liked how it looked on the cupcake, bringing out the golden color of the cake. These little morsels were scrumptious. You must give them a try. Too make sure I’m on the up and up with Southern Living and sharing their recipe, I have provided links below to the recipe on MyRecipes.com. Make sure to top with off with either the sweetened coconut of toasted coconut. 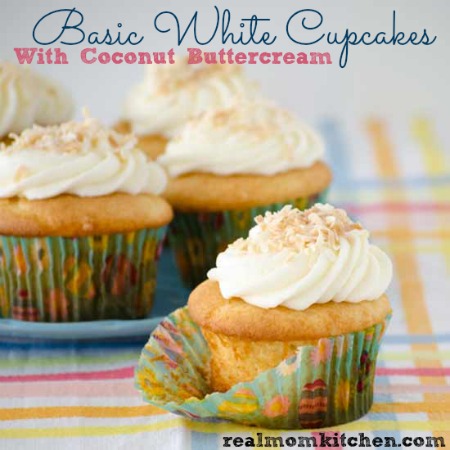 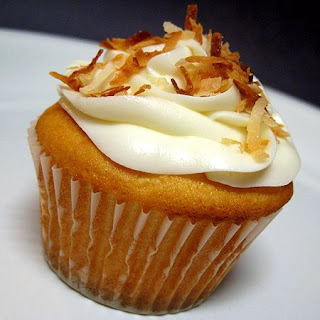 These are the original photos from this post. The above photo was updated in April 2014.
12 comments
0
FacebookTwitterPinterestEmail

[…] Here’s another cupcake recipe for you and it also comes from Southern Living. This one is different from the basic white cupcake. […]

MMMM, I'm gonna give this a try! I love "semi-homemade"!

Btw, cream of coconut & coconut milk are very different. The cream is creamier, sweeter,and thicker than coconut milk which has only a faint coconut flavor. (can vary w/brands as well) Hope that was helpful. 🙂
~ingrid

Oh my, I do adore coconut. These look simply superb.

These do look delicious and I am sure that they are since they come from Southern Living. Cream of Coconut is much thicker than coconut milk. I used it a couple of years ago in a turkey burger and it is really hard to find around here, but usually you can find it in an ethnic foods aisle or by the specialty drinks, since it is used in pina coladas and such. Sorry for all that information, but I thought I would share since I have used cream of coconut before.

My dad would LOVE these!!!

These look great. Cupcakes are so easy to transport and serve. These sound great with the almond. I would definitey use the toasted coconut.

These look great. Cupcakes are so easy to transport and serve. These sound great with the almond. I would definitey use the toasted coconut.