As a young girl, the sandwiches included toasted bread, tuna, mayo, lettuce, and pickles. For my kids, it’s all different. With some they like their bread toasted and some don’t. Some like pickles in their sandwich and some don’t. And some like lettuce in there and some don’t. Everyone has their own way of enjoying a tuna sandwich.

Well, this recipe takes that standard tuna sandwich that I grew up with to a new level. Now this version uses dill pickles. I have used sweet pickles sometimes and dill pickles other times in my standard sandwich. However, I really love the flavor of the dill pickles the best. This elevated Amazing Tuna Salad Sandwiches version also includes diced celery for some added crunch and diced green onion for even more flavor. 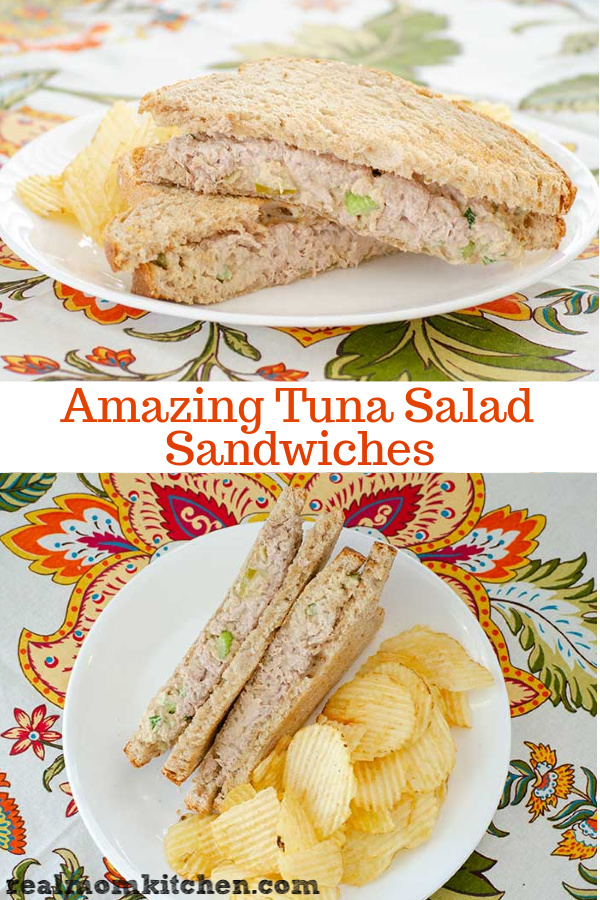 Recipe adapted from A Stray Kitchen.