Home Events Napa and the Culinary Institute of America
Events

Napa and the Culinary Institute of America

One week from today, I will be on a plane heading off to Napa Valley with Bush’s Beans for their Flavors from Around the World event at the Culinary Institute of America.  I must say I am very excited for a little getaway and especially for going to the Culinary Institute for the day.  I also get to hang out with some awesome women.  I met most of then this summer at EVO and can’t wait to see them again.  I have never been to Napa either, so thrilled to get to go there.
Here is a list of who I’ll be with:

Then here are the people I’ll get to meet and the Culinary Institute.  Can’t Wait!  I’ll share more info after I get back! 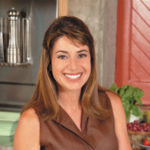 Dr. Connie Guttersen, R.D., Ph.D., is the author of the New York Times bestseller The Sonoma Diet and The Sonoma Diet Cookbook and upcoming release of 2011 The New Sonoma Diet.  She’s an adjunct instructor for nutrition at the world-famous Culinary Institute of America at Greystone and guest faculty speaker for the Harvard School of Medicine Healthy Kitchens, Healthy Lives, Dr. Guttersen also delivers key nutrition messages to the food industry and health professionals by bringing together the art and science of food. 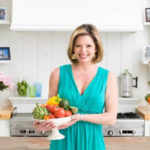 Chef and Host of Food Network’s Viva Daisy!, Daisy Martinez, focuses on celebrating life and family through food, while demonstrating her knowledge of the broad spectrum of Latin cuisine.  In addition to her TV show, Daisy is also a regular columnist for Every Day with Rachael Ray and Selecciones magazines. Daisy toured the United States and Puerto Rico this year promoting her new cookbook Daisy: Morning, Noon, and Night, which was published in March 2010 in English and Spanish.  Daisy is coming out with another fantastic new book, Daisy’s Holiday Cooking, in November 2010. 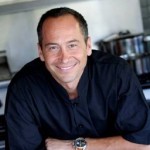 Chef and Culinary Entrepreneur, Jeffrey Saad, is soon to be seen on United Tastes of America his new TV show for the Cooking Channel that will explore the history, science and cultural impact of iconic foods.  He also recently launched his line of spices called Cooking Without Borders Spice Blends, based on his love of cooking with spices.  In 2009, Jeffrey was the runner up on season 5 of The Next Food Network Star and hosted a series of webisodes called the Spice Smuggler on FoodNetwork.com. 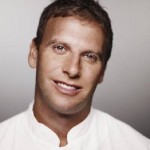 Executive Chef and restaurateur, Michael Schulson, is the charismatic chef and owner of Izakaya, a modern                  Japanese pub in Atlantic City’s Borgata Hotel Casino and Spa, and Sampan, an intimate modern Asian restaurant in Center City, Philadelphia. In addition, he is a natural television personality, and was the star of TLC’s exciting new series Ultimate Cake Off. Chef Schulson is also the face, name and creator behind a popular line of boutique frozen appetizers from www.AppetizersToGo.com


Disclosure:  Bush’s Beans invited me on this trip and is covering my costs to attend.

Join Me Tonight for GNO

My Trip to Campbell's and a Giveaway!

I am the "Ultimate Swanson Football Champion 2011"

I'm Going to the Campbell Kitchen in NJ!

Fantastic goods from you, man. I have understand your stuff previous to and you are just extremely magnificent. I really like what you’ve acquired here, certainly like what you are saying and the way in which you say it. You make it enjoyable and you still take care of to keep it sensible. I can’t wait to read far more from you. This is really a terrific website.

Thank you so much, this was very interesting. I was actually born in Madrid (I’m not telling when though!) but moved around various parts of europe and finally settled in the UK when I was a teenager. I dont remember an awful lot of the few years I was in spain, but the delicious smell of spanish food always seems to get me going or something. It’s weird how I dont remember anything except the smells,isn’t it! I even found a whole internet site dedicated to spanish recipes, which gave me great delight and thought I really should to share with your readers. Anyway, thank you again. I’ll get my husband to add your feed to my rss thing…

[…] week, I was whisked away to Napa for a few days thanks to Bush’s Beans and their Flavors from Around the World Event.  I was so excited for the opportunity and I have never been to Napa. I also got to go to the […]

[…] am off to Napa Valley today.  You can check out what am doing there if you look at my events page.  I will also update you after I return.  I also have a new giveaway for you over on my giveaway […]

[…] group from previous trips, but I will be meeting and cooking alongside four other food bloggers and chefs!  I am seriously over the moon with excitement about this trip…I loved being in the CIA […]

[…] I also wanted to let you know that I am heading off to another fun event in one week.  You can check out all the details and get a sneak peak at what I am doing on my events page. […]

That’s so wonderful Laura. I’ll be watching for your posts.

Laura- I am so jealous. I was born and raised in Napa. It’s so beautiful, especially this time of year. Can’t wait to hear all about your adventures!

It’s going to be awesome!! Laura you will be in awe of the amazing wine country…everything is beautiful. Can’t wait to cook with you! 🙂

I cant wait to see you Laura!!!! The CIA is simply beautiful it looks like a castle. Connie is so nice. I cant wait to mee the others chefs that will be there. See you soon in Napa ((hugs))