Mom probably told you when you were young not to “play with your food”. Well, today, this mom is gonna tell you to do the exact opposite. 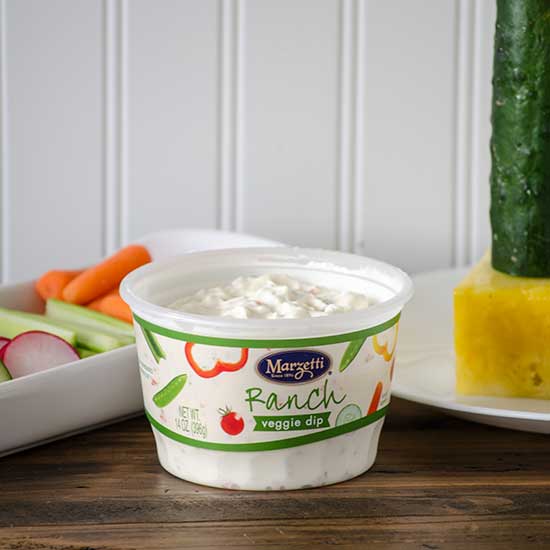 I have teamed up with the Marzetti® brand for a fun series that I will share over the next few months. I am gonna show you how to “produce” some fun creations to use at various gatherings that you may be hosting or helping with.

First in this series is a fruit and veggie robot

It would be perfect to have at a robot theme birthday table. I even think the robot theme would also work well at a shower for a baby boy or maybe even a school party.

Use this robot as a centerpiece to the party and the kids will go crazy. You can also serve cut veggies and Marzetti® Ranch Veggie Dip right by him or her (it can be a girl robot too). Kids are more likely to eat fresh veggies if there is something tasty to dip them in. The kids can also eat the robot after he has served his purpose at the party. 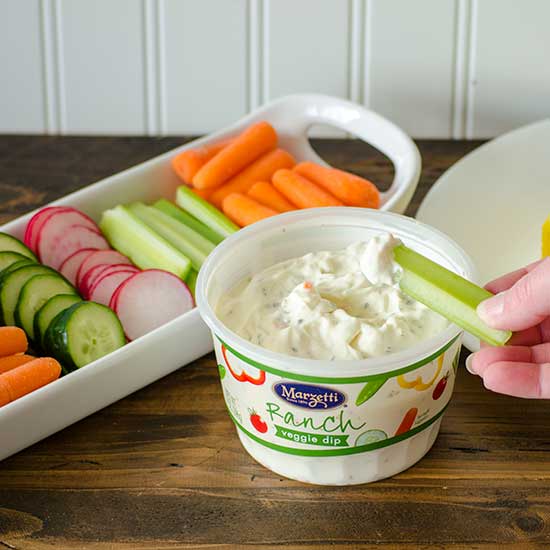 Watch this video on how to make the fruit and veggie robot and be sure to get the list of produce I used along with my instructions and tips and tricks on how to make this out of this world robot centerpiece.

Also, check out the Marzetti Facebook page and help support March of Dimes. For every Like or Share of the video through the FB page or YouTube page (up to 5,000), they’ll donate $1 to March of Dimes. 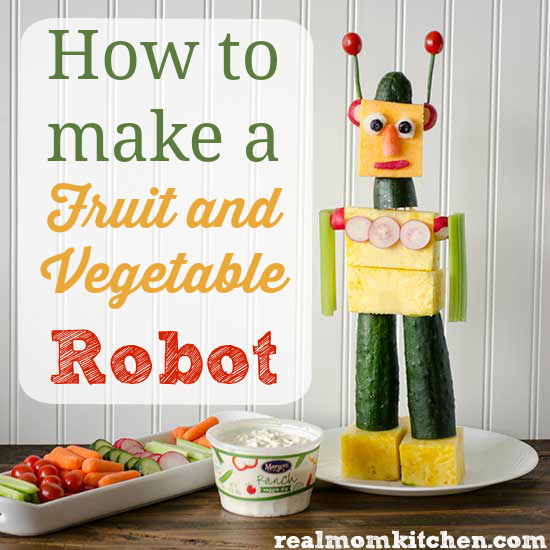 Disclosure: I have been invited to participate in a Marzetti ambassador program. This post is sponsored by Marzetti and product has been provided by them. The opinions and ideas expressed here are my own.

[…] If you want to see the other items I have shared before, here is where you can find them – robot, handbag with shoes, and flower […]