So are you having fun with my #EggoWaffleOff week? I must say I did have a good time creating the recipes. Today’s is a very simple but oh so tasty recipe. It was my family’s favorite of all the recipes I created. I thought it would be great to make a churro out of the waffles, but not just any waffles. I used the Eggo brown sugar cinnamon roll wafflers.

These work about perfectly! They are nice and crisp on the outside with a soft and chewy inside. They really do taste just like a Churro. So now you can make your own at home any time you want them. I also added a simple chocolate dipping sauce that makes this even better. My kids have had them as a snack with out the dipping sauce and for dessert with the dipping sauce.  If you are a Churro fan then you must try these.

You can enter your very own recipe in the Eggo “Great Waffle Off!” contest by visiting the Eggo Waffle Facebook page. You could be the winner of $5,000! Also be sure to enter the giveaway on my site from Eggo too! 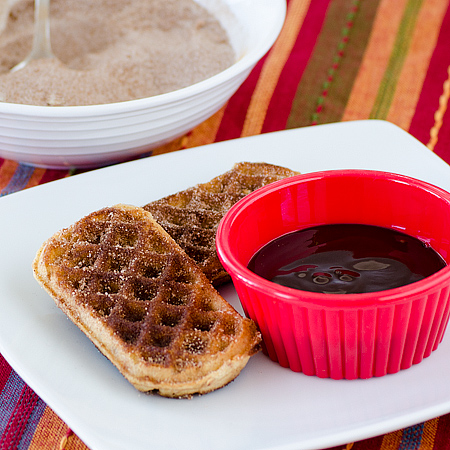 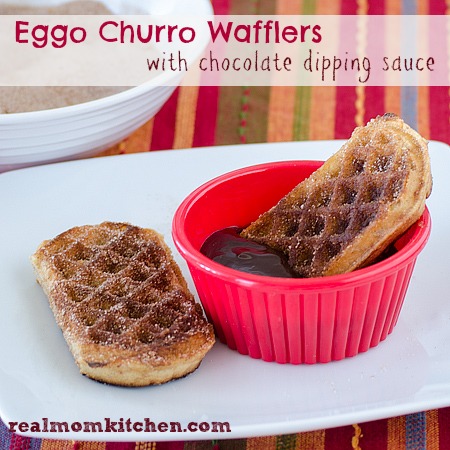 Disclosure: I was provided the tools to make this recipe along with compensation from Eggo. As always, my opinions are my own.

Great minds think alike! I made this exact recipe for the contest in March but with a chocolate mousse =)