Do you love churros? I don’t know if there is anyone out there that doesn’t! And churros with chocolate dipping sauce is even better.

You gotta love that sugary cinnamon coated crunch on the outside with that soft and chewy sweet inside. They are heavenly and even better when you make them yourselves. Similarly, they really are quite simple to make. The big trick is to make sure your oil is at the right temperature. This ensures that right golden brown color on the outside with a fully cooked inside!

In addition, to make them even better, I paired them with a chocolate dipping sauce. Sure you could go without it if you really wanted to, However, it just takes the churro to another level! 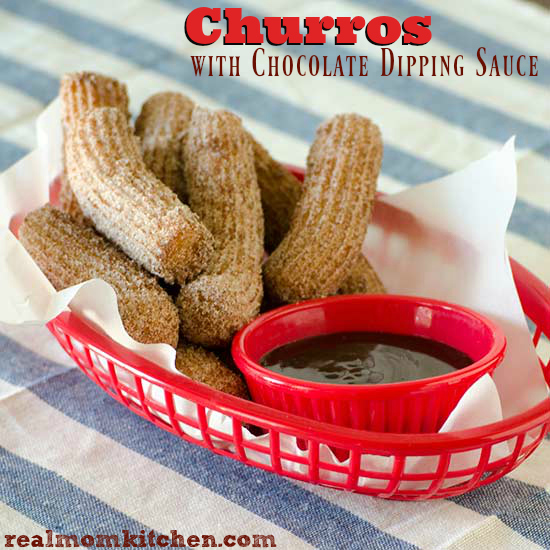