My family loves mashed potatoes and gravy, but sometimes I want to serve them with a meal that doesn’t include gravy. That is where seasoned cheddar mashed potatoes enters the picture.

Garlic mashed is a standard that I usually go to, but I recently wanted something different to go with the garlic rosemary pork loin. I didn’t want garlic potatoes since the meat was seasoned with garlic. So I thought why not cheddar mashed potatoes?

This is what I came up with and they are delicious. The sharper the cheddar the better in my book, but any cheddar will work just fine. Now there is garlic in these potatoes. However, the garlic is definitely not center stage with these, it just adds to the flavor.

They were intended on being topped with chives, but when I went to the grocery store, they were out. I didn’t have time to try another store. They would have been a great addition, but I just topped them with more cheese instead! 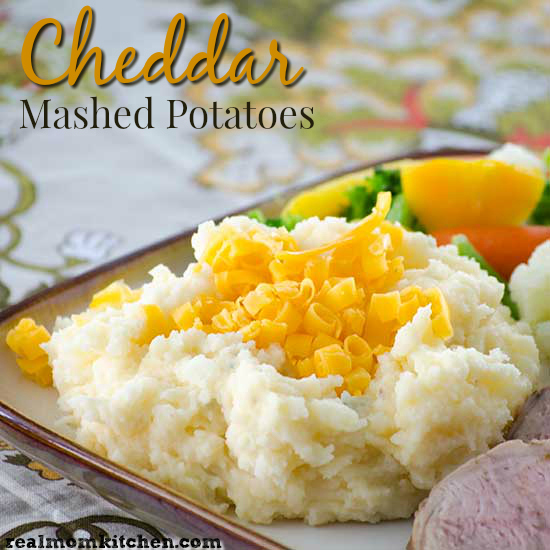